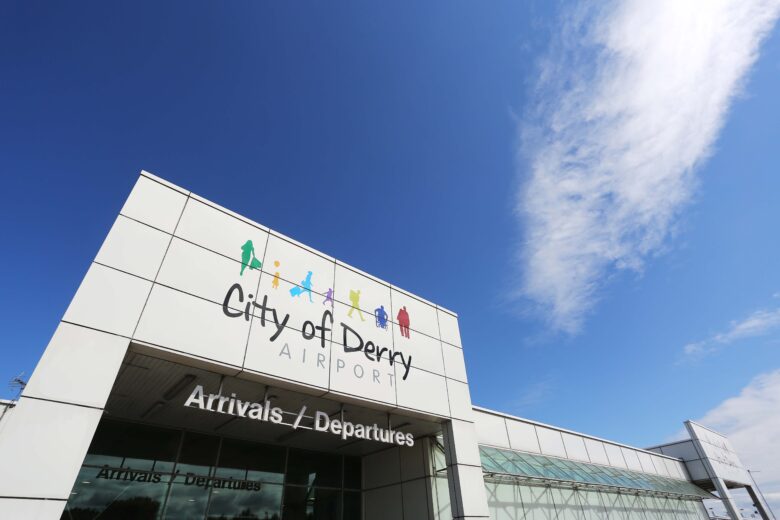 Loganair today announced it will step in to safeguard the popular air link between City of Derry Airport and Liverpool following Ryanair’s recent decision to step back from the route.

The new Loganair service, with flights starting at £44.99 one way, will commence from 24 May. Tickets will be on sale from tomorrow, Tuesday 9 March.

The Glasgow-based company – now the UK’s largest regional airline – will initially offer flights on four days of the week: Monday, Friday, Saturday and Sunday.   Weekday flights will leave City of Derry at 10.50 arriving Liverpool at 11.50, and return from Liverpool at 12.20 arriving City of Derry at 13.20.  The frequency of flights will increase to daily from late June.

The new flights will be operated by Loganair’s dedicated team of pilots, cabin crew and engineers already based at City of Derry Airport (CODA), at which Loganair was the very first operator when the airport opened for business in April 1980.   The basing of the 49-seat Embraer 145 regional jet at CODA already supports 15 direct jobs for pilots, cabin crew and engineers in the area.

In a further clear signal of its commitment to the airport, Loganair will also be increasing flights linking CODA with Glasgow from late June.    Services will gear up from four days per week to daily as extra flights on Tuesday, Wednesday and Saturday are introduced to the timetable.    The move will secure the long-standing airbridge between City of Derry and Scotland despite Ryanair’s decision to withdraw its flights from CODA to Edinburgh.

Loganair’s Chief Executive Jonathan Hinkles said: “Frequent air links are essential for so many aspects of working and family life, even as we work to re-build and recover from the Covid-19 pandemic.  Loganair already serves both City of Derry and Liverpool airports, and when the opportunity arose for us to connect these two important destinations in our network following another airline’s withdrawal, we were only too pleased to step in to safeguard these connections.”

“Loganair’s ability to grow at City of Derry is in no small part thanks to the exemplary reputation for reliability and service established by our locally-based team.   I’m most grateful to all of them for maintaining our London services without interruption over the difficult last 12 months.  It’s wonderful to be able to recognise their superb efforts today by re-doubling our commitment to City of Derry’s air links.”

Steve Frazer, Managing Director of City of Derry Airport, said: “We are pleased that Loganair have again shown their commitment to regional connectivity from the North West of NI. Increasing the frequency to seven days a week from the end of June will give maximum choice and flexibility to both business and leisure travellers”.

Paul Winfield, Director of Aviation Development at Liverpool John Lennon Airport, said: “This route is an important link between our two cities and their regions beyond, having already proved popular by travellers flying in both directions. As we plan ahead for a return to normality after the difficulties of the past year, domestic air travel is likely to recover sooner and this route will help travellers to once again be able to enjoy all that’s on offer from our two great regions.”

For City of Derry Airport contact Joanne Campbell on 07741 906298  Joanne.Campbell@cityofderryairport.com