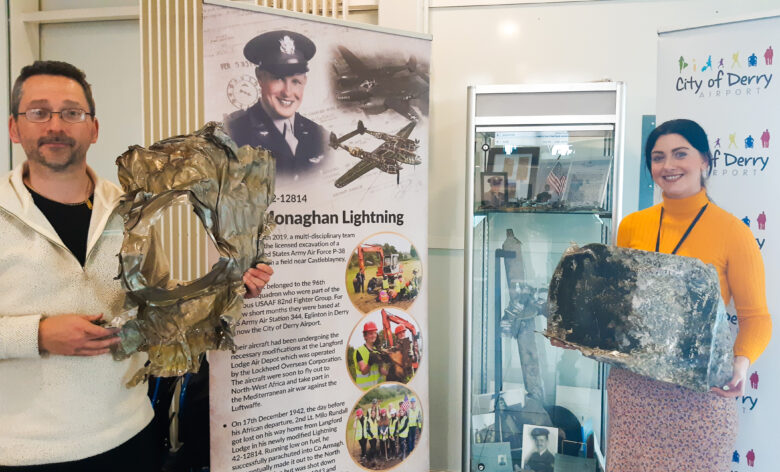 Following the recent excavation of a P38 Lightning World War II aircraft that crashed in Castleblayney in Co. Monaghan in 1942, City of Derry Airport is very proud to have been donated with some of the historic remnants for display at the airport.

The P38 aircraft and pilot, Lt Milo E Rundall from Iowa, who was flying the plane on the fateful night, were both based at US Army Air Station 344, Eglinton – now City of Derry Airport – and so it is very fitting that the remnants have returned ‘home’ after all these years.

Read more on this amazing story.