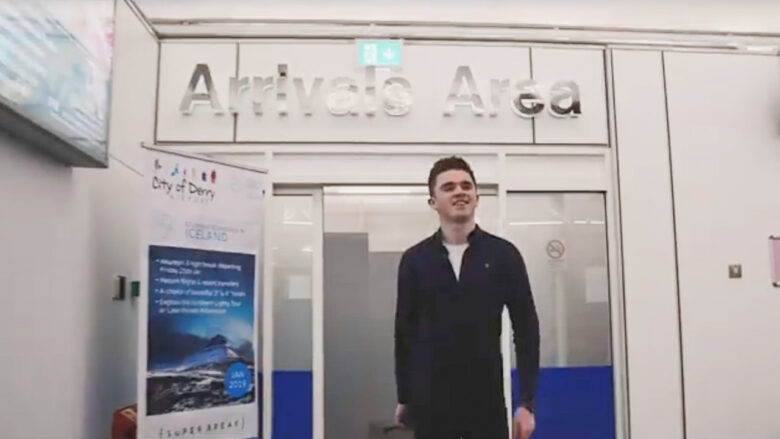 Local Donegal-born country singer and presenter on Highland Radio’s afternoon Jive Time Show, David James, has launched the video for his new festive single ‘There’s No Place Like Home at Christmas’ which was recently filmed at City of Derry Airport.

The Christmas video was filmed by award-winning multimedia company, The Garage Project, based in Northern Ireland.

Check out the video:

All the best of luck with the single and in your future career David. We hope to see you at City of Derry Airport again soon!